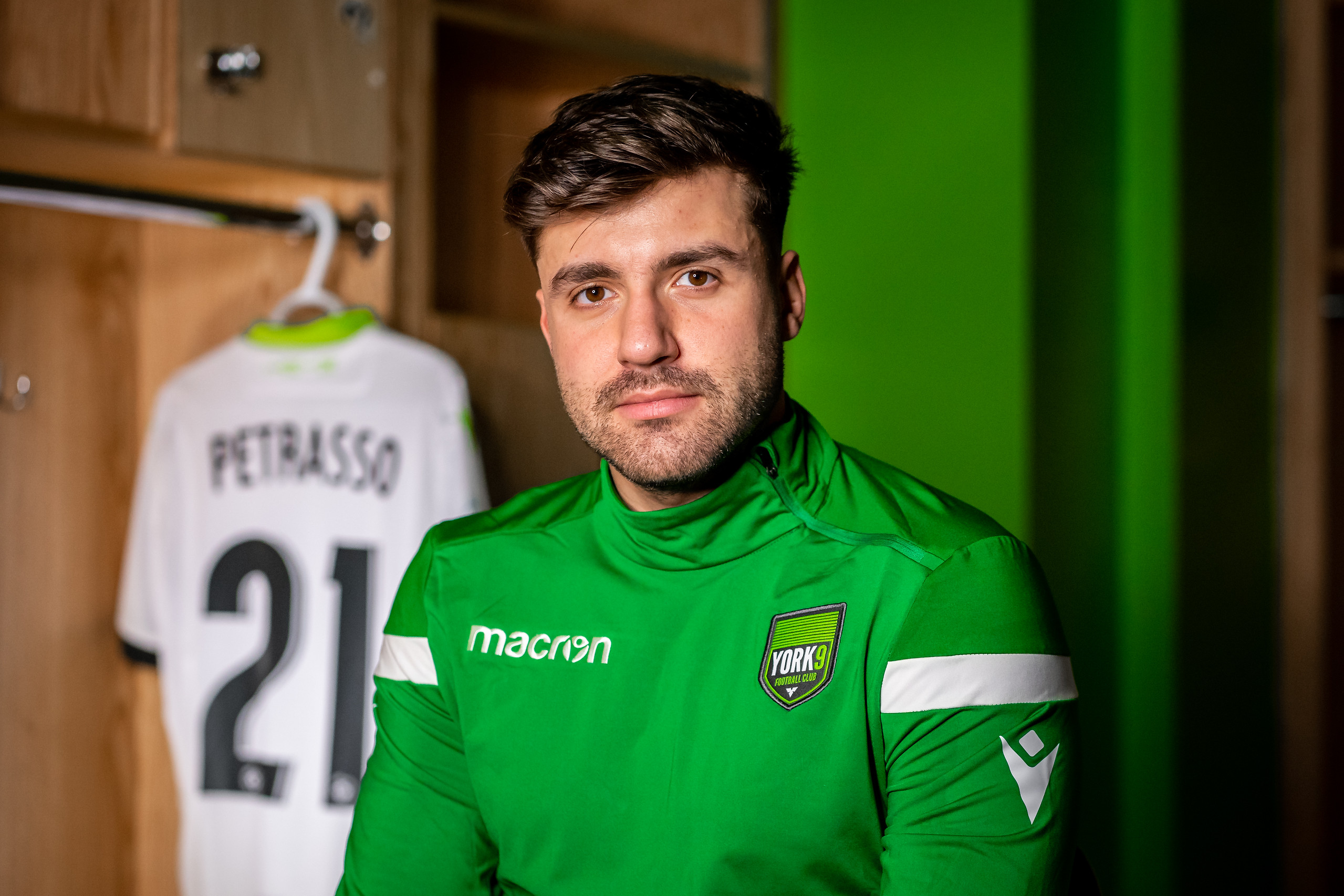 MISSISSAUGA, ON – York9 FC’s Michael Petrasso has had a long and winding journey through professional soccer. Now, that journey has led him somewhere he never though he would be – home.

The Canadian soccer player got to live the dream, heading over to England to play at a club known around the world. At 16 years old, Petrasso signed a contract to play with Queen’s Park Rangers (QPR), a Championship side in England.

After a successful first season jumping between the Under-18 and Under-21 academy teams for QPR, the winger was given a shot to play senior minutes with a loan move to Oldham Athletic.

“It kind of just happened fast,” Petrasso said in a phone interview.”(I) went (in) on a Thursday morning to QPR training and Marc Bircham (manager) came into the change room. He said come to my office…

While the dream start was encouraging, it was what came after that helped. Another loan deal in the second half of the season, this time to Coventry City, saw the young Canadian make 18 appearances in League One (third highest tier in England) as well as four appearances in the FA Cup and English Football League Trophy (now the EFL Cup).&nbsp;

His success at Oldham and Coventry earned Petrasso a new deal with QPR, and subsequently more loan deals. During the 2014-2015 season, the winger made appearances at Leyton Orient and Notts County in League One, and played in games in the EFL Trophy, FA Cup and League Cup competitions.

None of those subsequent loan deals were as successful though and Petrasso found himself on the outside looking in at QPR. After only making 12 appearances over the next three years for the club the Canadian returned home, signing a deal with the Montreal Impact.

A year in La Belle Province saw the Canadian deal with a back injury while still making ten starts. After the 2018 season the Impact and Petrasso could not agree to a deal and he became, for lack of a better term, a free agent. That’s when the CPL came calling, and a spot with Valour FC gave him another chance.

“I came out the contract in January and, after a rough season and a back surgery, the CPL was just about to start,” Petrasso said when talking about the CPL opportunity. “(It) was very good for me and I think it was good for a lot of Canadian players…

“(It) gave me a platform again to continue playing and instead of going out on trial back over in Europe, fighting for a place somewhere else, I had a platform where I can start again…”

And he took that chance. After spending most of the spring season dealing with a hamstring injury, Petrasso found his feet in the fall. He would fashion his best professional season, scoring five goals and adding assists on three others in 14 matches.

After his lone season with Valour Petrasso had one thing on his mind; coming home.

“That’s my hometown so that’s why it was one of my main goals to move back home after the first season,” he said on the move home. “If I’m going to be a major role (model) in helping Canada grow as a leader I want to do it in my hometown so the kids that grew up the way I did, playing for Woodbridge, Kleinberg, they can see that playing for York9 is a big aspiration and it’s professional soccer.”

Now, playing professionally in the same area he grew up in has given Petrasso a new experience. He gets the chance to be a role model for kids who are now where he was 15 years ago. And he has the memories of these places to help push him forward.

Petrasso and York9 will look to turn their second season into a memorable one. But for him personally, it might already be the most memorable even before stepping onto the pitch.

One thought on “The Long Road Home for Michael Petrasso”