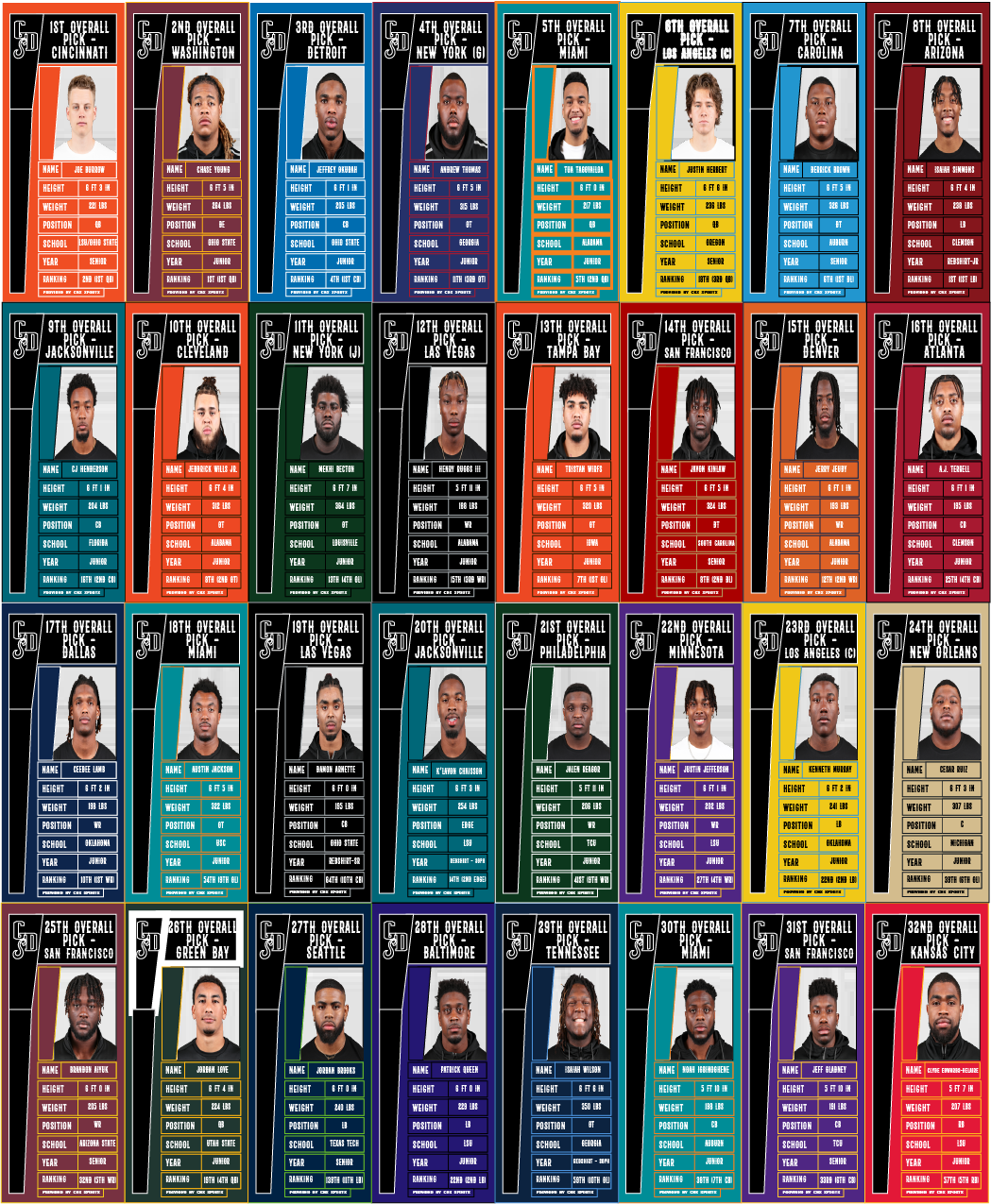 With the first round of the NFL Draft completed every fan wants to think their team took the best player for them. Unfortunately, some don’t. but who really are the biggest winners and losers from day one?

Analysis: The Dolphins wanted a quarterback and a top offensive tackle in the draft. They got both. Tagoaviloa may be the riskiest pick in the draft from a health standpoint, but there is no denying his ability. When healthy he picked apart defenses in the SEC and NCAA respectively. He will most likely be the backup behind Ryan Fitzpatrick this year, but it could be worse.

Austin Jackson could be a project. But if he turns into the talent that everyone thinks he could be, this is a great pick at 18. Igbinoghene may be a reach at 30, But he has the potential to slot in at nickel back and be a big force between Byron Jones and Xavien Howard. Considering they traded down and got an extra fourth rounder as well, the pick looks even better.

Analysis: While they may not have gone out of their way to do anything crazy on day one, the Ravens may have got a steal at number 28. Queen is one of the top linebackers in the draft. Somehow, the team that wasn’t looking for a linebacker had him fall into their laps. While we had them most likely getting Kenneth Murray, the Ravens will not be disappointed that Queen will be manning the middle of their defense for the foreseeable future.

Analysis: Oh, how the rich get richer. The Cowboys must have been jumping for joy when making this pick as they got one of the, if not the, best receiver in the class. At 6’2” Lamb looked like a man amongst boys at some points in his college career. While the step to the pros should fix that, he has the size to compete for any ball thrown his way. He will slot in nicely with the likes of Amari Cooper and Michael Gallup and give opposing teams a matchup nightmare trying to stop all three.

Analysis: considered by many as the top tackle in the draft, the Buccaneers managed to get Wirfs at 13 by moving up only one spot. He will slot in on newly acquired Tom Brady’s right side and protect the future hall of famer as he picks apart defenses for another season. His quickness and his ability to stay light on his feet make him poised to be a tackle at the top level, though he may start at guard in year one.

Analysis: Another team that didn’t have to do much to have a successful first day, the Vikings were handed a top receiver and didn’t have to move. Jefferson could be a steal in this draft at 22. He will step in and seamlessly replace Stefon Diggs. They may be big shoes to fill but the young wideout will be a great complimentary piece to Adam Thielen. With their second pick the Vikings traded back in the draft and picked up the 31st, 117th and 176th picks. Grabbing Jeff Gladney was a great move for a team that cut Xavier Rhodes and saw Trae Waynes walk in free agency. His IQ is well known and with the lack of talent on the team, expect him to start week one.

Analysis: This is not a shot at Jordan Love and his potential in the NFL. He should become a great QB in the league and will be a nice piece down the road. But right now, this team has a quarterback, and one that wasn’t planning on going anywhere anytime soon. The Packers should have gone receiver here, maybe even running back. But with players like Denzel Mims, Laviska Shenault Jr., J.K. Dobbins and D’Andre Swift still on the board, why they went quarterback is a head scratcher. People are equating this to when they drafted Aaron Rodgers as Brett Favre’s heir apparent. But this is vastly different. Rodgers was considered the top pick in the draft and fell to 24. It was almost a no brainer then. Love was not a number one pick at any point. It just doesn’t add up. Now Rodgers will feel slighted and it could make for some locker room turmoil that was unnecessary.

Analysis: This one could work out for the Eagles here. Reagor has insane speed and could be valuable if they let him use it. The concern is his drops but if he can work on that he could be a top receiver. The problem here is the Eagles had Justin Jefferson still on the board. He is a plug and play receiver right now. He also has a higher potential to be a number one and would have fit better into their system. Again, Reagor could be a good piece, Jefferson would have been better and they let him slide.

Analysis: The always fun first round from Seattle culminated in something that doesn’t normally happen, they made a pick using their own pick. What was normal is they may have reached on a player that could have been available lower in the draft. Brooks was projected as a mid 80’s prospect and wasn’t even in the top five at his position in most rankings. And with Queen still on the board the Seahawks could have easily taken him and run. But instead they took the senior from Texas Tech and will have to draft accordingly now. Considering their desperate need for a pass rusher as well, the decision to take a linebacker becomes questioned even more.

There are a few players who slide out of round one, but none will be more disappointed than Swift, McKinney and Gross-Matos. As a running back, Swift may have had the slimmest chance to break the first round. But he was ranked inside the top 30 on most draft rankings. He will have a chance to prove everyone wrong after getting picked most likely in the first ten picks in round two. McKinney was projected by many, including most of our analysts, to go in the 17-20 range, yet, he is still available heading into day two. The Giants or the Dolphins could grab him early in the next round. Gross-Matos will be disappointed but will also be ready to take the field when his name is called. He could go with the second or third pick in round two.