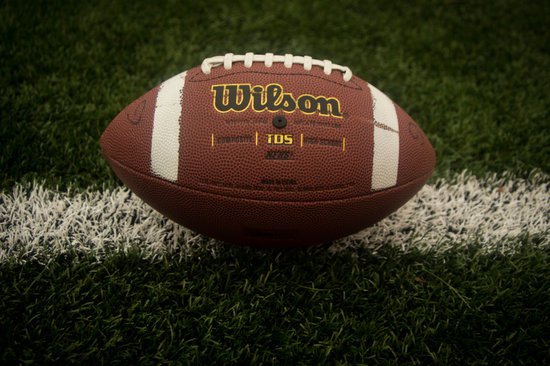 Here we go again – rumours are swirling that the Cleveland Browns are looking to trade their highlight reel wide receiver Odell Beckham Jr. The 27-year-old wideout was acquired by the team only two years ago in a trade that surprised many, which netted his old team the New York Giants two picks and Jabrill Peppers.

So, if the often talked about receiver is on the move, where is he going to end up?

Where better for the enigmatic OBJ to land than an organization known for their antics? While fans of the league would expect nothing less from the Blackhole, Las Vegas might actually be the perfect fit for Beckham. The team needs a true number one receiver and he is that in spades. Pair him with Tyrell Williams and Hunter Renfrow with Derek Carr throwing them the ball, and the Raiders may just have something.

In return the Raiders could dip into their offensive tackle ranks and move one of either Kolton Miller or David Sharpe. Throw in the 19th pick in this year’s draft, a spot the Browns could use to replace Beckham, and this could be enough to get OBJ in black and silver.

The team with the most talk around them to acquire Beckham may be the Philadelphia Eagles. Slotting the receiver opposite the likes of DeSean Jackson and Alshon Jeffery would give the Eagles a three-headed monster for Carson Wentz to throw to. It would be hard to defend those options and would free the Eagles up to use their draft picks to fill other holes.

Heading back to Cleveland? Consider second year wideout Greg Ward Jr., next year’s first round pick, and throw in one of the two compensatory picks from the fourth round this year and this could be done. Ward made 28 catches last season in seven games. He also didn’t drop a pass all year. Adding him to the Cleveland receiving corps alongside Jarvis Landry could be a great fit.

The 2019 NFC champions were so close to adding another Lombardi Trophy to their case but alas, they couldn’t pull out the victory and it’s back to the drawing board. With their QB, RB and TE situation looking strong heading into the 2020 season, the only real hole on the offense is wide receiver. Enter OBJ. Yes, Jimmy Garoppolo doesn’t air the ball out much. But the presence of the deep-ball threat could open up a lot for the 49ers and might be too much to pass up.

Heading back the other way? That could be the problem. The first piece would probably OT Justin Skule. After taking just over 50% of the snaps for the 49ers last season with only five penalties, he could be a plug and play offensive tackle for the Browns. Throw in the 13th pick in the 2020 draft, which many analysts are expecting the 49ers to use on a receiver anyway, and this deal might just get done. Marquise Goodwin could also be thrown in to sweeten the pot for Cleveland.

A receiving duo of OBJ and Courtland Sutton could be just the thing to allow Drew Lock to succeed in the Mile-High city. Throw in off season acquisition Melvin Gordon and this Broncos team could be fighting for a playoff spot with no problem. Beckham would add another wrinkle to an offense that finished 28th in points for and passing yards last year.

In what could be a strong acquisition for the Browns, the Broncos have Elijah Wilkinson sitting second on their depth chart right now. The UMass product took 82% of the Broncos snaps last season at the right guard position. With Graham Glasgow in the mix, it looks like Wilkinson will be the odd man out. He can play both guard and tackle, giving the Browns a versatile player. Add in the 15th pick and the Pittsburgh Steelers third round pick that was acquired in the draft day deal last year that landed Noah Fant, and this deal could be a good one for both teams.

Indianapolis is an intriguing landing spot for OBJ, and one most might not think of. But it does make perfect sense. They already have T.Y. Hilton and with Jacoby Brissett looking like the starter the Colts were hoping he would be, Beckham could be the final piece to push this offense into the upper half of the league. Last year they were 16th in the league for points scored but were 30th when it came to passing yards. Pair a much stronger passing game with last year’s seventh ranked rushing offense, and they could do some real damage in 2020.

Unfortunately for the Colts they don’t have many enticing pieces for the Browns that are not key cogs in the 2020 plans. They don’t have their own first round pick this year so the best they could offer would be the 34th overall pick they acquired from the 49ers. In regards to players, the pickings are slim. Zach Pascal may be the defacto option to head back to Cleveland. The 25-year-old had 607 receiving yards last season as the primary option for Indy’s offense. If they didn’t want to move Pascal the only other piece may be Hilton himself, but that seems even less likely.

Le’Raven Clark could be a secondary piece in the trade as well. He missed the 2019 season as an inactive, so he could be a good option to possibly fill in.

Another problematic player linked to the Patriots, who would have guessed it? But why wouldn’t they be connected? Bill Belichick has always been sneaky with his acquisitions. Bringing together the talented receiver with possibly the greatest coach of all time could extend the Patriots dynasty. Pairing Julian Edelman with the likes of OBJ would be a dangerous pair. Second year QB Jarrett Stidham would be set with options if that were the case.

As mentioned, Belichick is the king of sneaky acquisitions. He would need to become a god to pull this one off though. Unless he is willing to give up Mohamed Sanu Sr. or N’Keal Harry, it would be hard to pull this off. The Patriots could send OT Ydony Cajuste, their 2019 third round pick as a supplemental piece as well. But without a lot of draft picks heading the other way this could be the most unrealistic landing spot for the Browns receiver.

OBJ has been a topic of conversation in the NFL since his incredible fingertip catch. Now, for the second time in his career, he is possibly on the move. Looking at all the options, the Browns’ best bet would be to hold onto their asset. If he does end up moving though, the league could look very different at the start of the 2020 season.