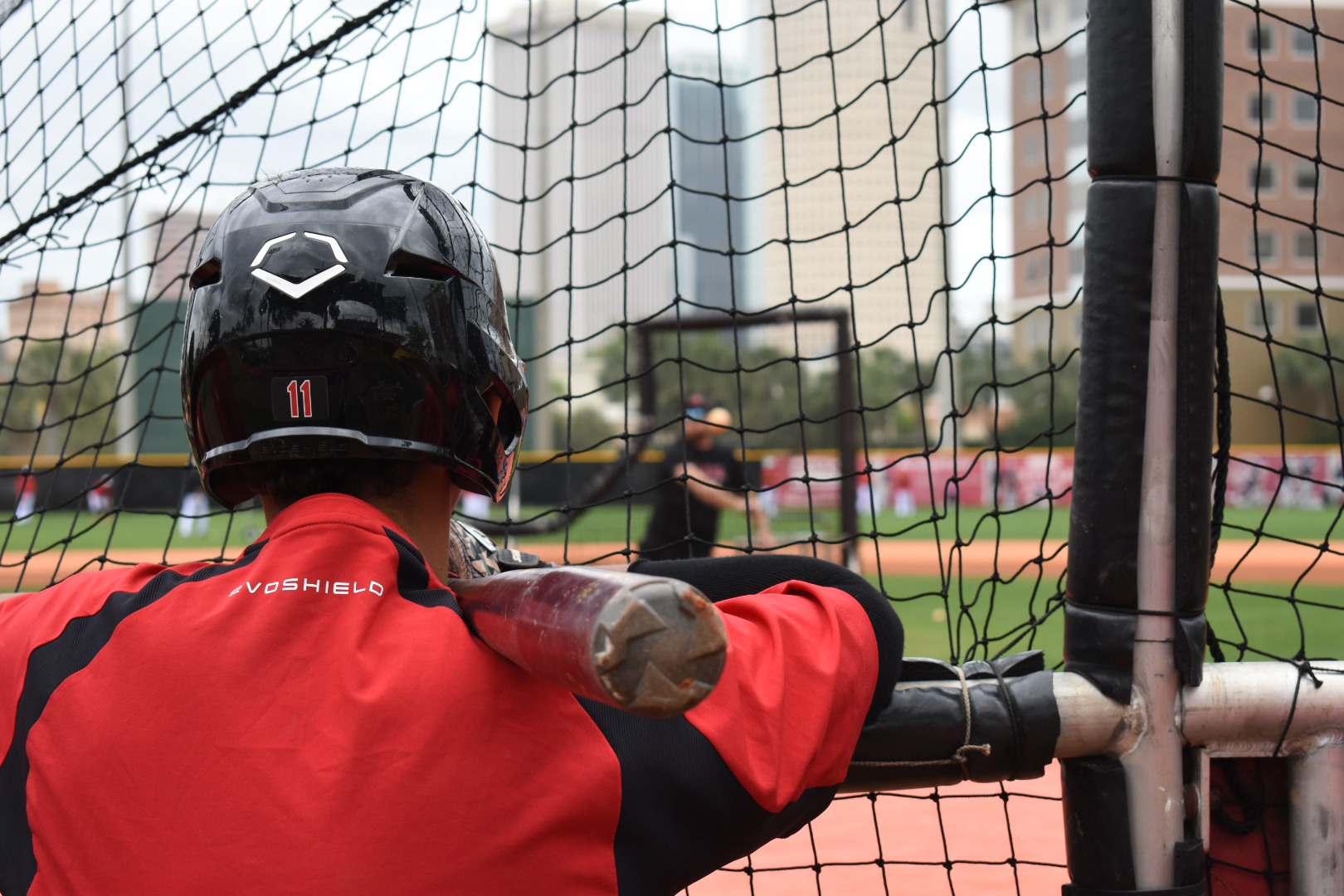 TAMPA, Fla. – Playing for your father is a dream for many kids growing up in sports. For most, that dream ends early in on in their careers. For University of Tampa Spartans shortstop J.D.Urso, that dream has stayed alive all the way through until university.

For J.D., it was a tough decision to play for his father – but in the end he knew that his father was one of the best coaches around.

“I think most people would consider him one of the better coaches in all of college baseball,” the freshman shortstop said. “Learning directly from him has been treat. All the information he gives is second to none.”

Before becoming head coach at UT, the elder Urso put together an impressive baseball career. A Spartans alumnus himself, Joe had his number retired at his high school, at UT and for the Lake Elsinore Storm (former Los Angeles Angels high A ball affiliate). After his playing days, the Angels gave him a chance to coach in the minors before he returned home to lead the Spartans in 2001.

The younger Urso grew up in the Tampa area and made a name for himself separate from his father. He helped lead his high school team to an Upperclass State Championship, and a district championship as well, during his senior year at H.B. Plant High School.

With his high school career coming to an end, J.D. originally signed his letter of intent with St Petersburg College. He signed with two of his high school classmates, Gabe Rincones and Leo Oshinski. When it came down to it, the dream was always to play at UT.

“As the year went on, and as our commitment class at UT started filling up, the opportunity looked better for me to come here [UT] and have a chance to play,” J.D. said. “I had a conversation with my mom, obviously my dad, and we decided that this was the dream.”

For J.D., that conversation needed to be had. He and his father both wanted to make sure that the experience would benefit the freshman in a positive way and not have him labeled the coach’s kid.

Neither can complain so far with the results. Through 13 appearances this season, J.D. is batting .273 with six RBIs and three runs scored. Playing behind senior Christian Flint has limited his game time, but coach Urso doesn’t think it is a bad thing.

“He knows how I do things and he knows what it takes to win here,” Joe said. “He has had limited chances as a player on the field – but he’s a leader in that dugout as well. Sometimes he comes in the game for defense late when it matters most.”

“It’s going to be fun watching him develop over the next four years.”