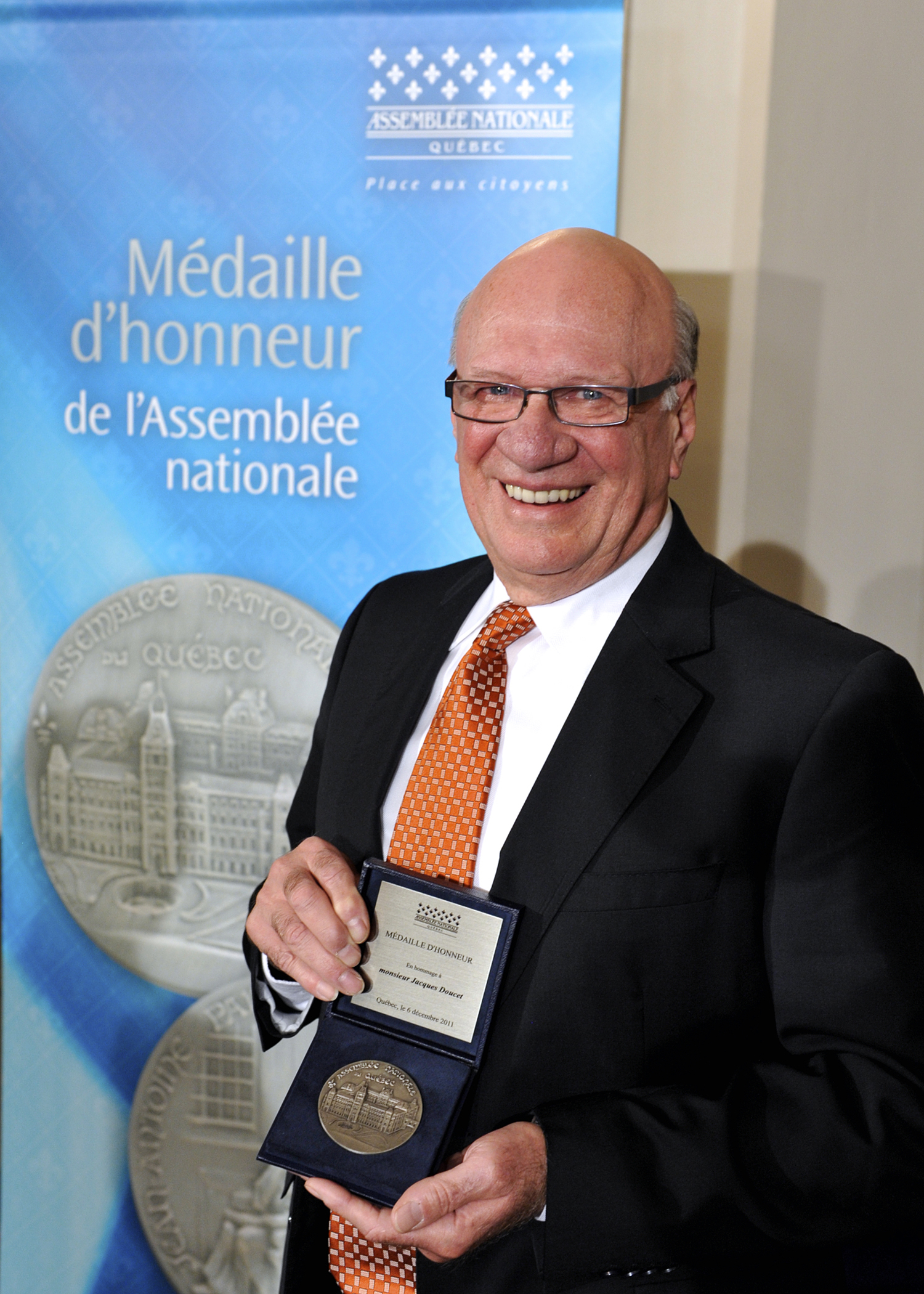 The man who made baseball accessible to the French population, Jacques Doucet, is being honoured by the Canadian Baseball Hall of Fame with their highest honour, induction.

Doucet, along with Justin Morneau, Duane Ward and John Olerud were announced as inductees to the Hall of Fame, joining the greats among the Canadian game.

“I am deeply honored to be admitted into the Canadian Baseball Hall Fame,” Doucet said after finding out. “This, along with the Medal of Honor of the National Assembly of the Province of Québec, are the two highest honors I have received.”

A career spanning four decades in professional baseball, Doucet became the French voice of the sport. Players growing up in Quebec watching the Montreal Expos became more familiar with his voice than any other.

Doucet started as a beat reporter following the Expos in 1968 for La Presse. After four years Doucet made the move to play-by-play. He never looked back after that calling Expos games for 33 years until they moved to Washington in 2005. He was responsible for calling 2016 Canadian Baseball Hall of Fame inductee Dennis Martinez’s perfect game in 1991. Doucet also called 1982 All Star game that was played in Montréal.

Doucet continued his broadcast career after a year off by calling the Can-Am League Quebec Capitales from 2007-2011. During his time with the Capitales he was celebrated as the voice that brought the game to Quebec.

“Just him saying my name on the air makes me feel like a major league baseball player,” Karl Gelinas told Alan Schwarz of the NY Times. Gelinas played for the Capitales from 2007-2009. He made triple-A in the Los Angeles Angels organization prior to playing for the Capitales.

Now, Doucet is back in the major leagues calling Toronto Blue Jays’ games. In the role since 2011, he has called the games for TVA Sports and is loving every minute of it.

During the inductee press conference Doucet was asked what advice he would give to young broadcasters looking to break into the business. “You have to be passionate… There’s a lot of time where there is no action on the field. So, you have to be ready to keep your listeners and watchers to keep their interest very high or else they will turn you off. “

He made the game accessible to an entire province, with the help of the province. While calling games, if he was stuck with a phrase he would ask his fans for help. Doucet, during his inductee press conference said, “I was not afraid to say on the air, ‘If anyone out there can come up with an expression in French to really describe what is a pick off move or shoestring catch or Texas leaguer please let me know.’” This brought the fans from the University of Montréal and from across the province together to create their own phrases. Vol-au-sol became his expression for shoestring catch, the literal translation being theft of the ground. It was almost poetic and was one of his major accomplishments. “…People started to adopt those expressions and they shied away from the English expressions and I am very proud of that.”