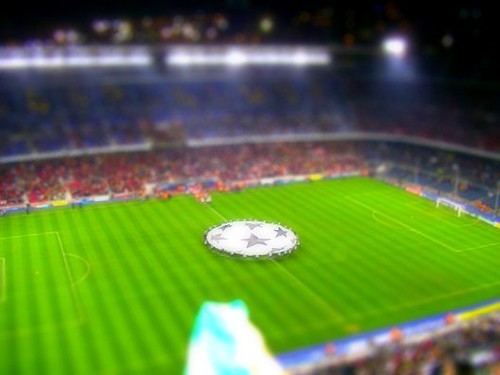 After this weekends’ results, the quarter-final match-ups have been set and will be played from August 12-15. The semi-finals will be played on Aug 18-19 and the final is scheduled for Aug 23.

This year’s edition of the Champions League is different than previous years. As per the UEFA Champions League website, “This season’s quarter-finals, semi-finals and final will be played as a straight knockout tournament in Lisbon, Portugal in August. All these ties will be single-leg fixtures”.

This means that the remaining games will be a one game do or die.

A class above the rest:

Bayern Munich – Oh how their season has drastically improved. The Bavarian giants have looked hungrier, fiercer, and somehow better under Hans-Dieter Flick. The revelation and emergence of Alphonso Davies, the poaching prowess of Robert Lewandowski, and the newfound defensive partnership of Jerome Boateng and David Alaba, have Bayern as the cream of the crop and arguably the team to beat. With Juventus officially eliminated, Bayern remain as the deepest and most talented team left.

Manchester City – I originally had the Citizens as a class above the rest, but without a healthy Sergio Aguero and an otherwise questionable defence (Fernandinho and Benjamin Mendy are way too slow off the counter), this Pep Guardiola side has their holes. Nevertheless, Kevin De Bruyne is in a class of his own with his incomparable vision and ability to score. Gabriel Jesus looked very good off the rush and his ability to pressure Real Madrid’s defence was great. David Silva plays in his final CL campaign for City, does he get his swansong end to his City career?

Middle of the pack:

Barcelona – A team led by Lionel Messi can never be counted out, even if their defence has not been the same since the days of Carles Puyol or their midfield not being as solid as it was with Andrés Iniesta and Xavi. Quique Setién has been under a lot of scrutiny with rumours circulating of his dismissal. Should Barca lose at the quarters, what does it mean for Messi and co., as well as for the Spanish gaffer at seasons end?

Atletico Madrid – After defeating last years’ Champion Liverpool in the last round, Diego Simeone’s stingy defensive play has earned this team the pesky moniker. His coaching tactics and player personnel are more than capable of taking Atletico Madrid to the finals.

PSG – On paper PSG have an easier path to the final but the French Champs, cannot and should not take Atalanta, Atletico, or RB Leipzig for granted. Based on previous years, the Parisian side has struggled in later rounds. Therefore, fans and players should be weary and not take these teams as an ‘easy’ draw. Moreover, with a questionable Kylian Mbappé, injured Thiago Silva, and a suspended Ángel Di María, PSG will need to find their creativity and leadership from other players. Time for Neymar to step-up and prove to doubters that he can be Ballon d’Or material.

Atalanta – The Italian outfit has played some excellence football in all competitions, and have been competitive in every game. The attack of Alejandro Darío Gómez and Duván Zapata will be front and centre in this tie. Plus, they will be facing a side with a few question marks surrounding their starters and play. Clearly, there is room for an upset.

Lyon – Defeating a favourite in Juventus leaves Lyon on a high coming into their next matchup. A Ligue 1 side that finished 7th has played well off the counter. Lyon will once again ask for Memphis Depay, Houssem Aouar, and Maxence Caqueret to run their game and, another 3-5-2 formation is eminent versus City. Full marks to Rudi Garcia for keeping his side fit and ready, considering they had not played consistent football since March.

RB Leipzig – The 2009-born club has grown and improved every year since their inception. They outplayed Tottenham in the previous round and, mind you, they played much, much better. However, without Timo Werner, they will need a full team effort. This young team is exciting and could very well go far in this tournament, if teams sleep on them.

2-2 after ET and a 4-3 win for PSG in PKs
Atalanta go toe-to-toe with PSG all match, but unfortunately lose in penalty kicks. Lucky win for the French champs, and good for football if a fully healthy Mbappé is ready for the next round.

0-1 Atletico win
Simeone’s side continue their season with a narrow win over Leipzig. An early goal for the Madrid side should seal the deal, especially with their ability to get to the ball first and take away their opponent’s space.

1-3 Bayern Munich
Bayern continue their path to the final. Messi will be stifled and held for the most part. Lewandowski continues to score, and Davies outruns everyone on Barca’s right side.

2-0 Manchester City work their way around the defensive setup.
The difference between Juventus and City is that the latter is better in ball possession. Sarri-ball was atrocious all season and feel short against a good defensive system in Lyon. The strong defence will continue, although, the creativity from the KDB or the pace of the attackers will find two moments of magic to score.

One thought on “Champions League Quarter-Finals Match-ups and Predictions”