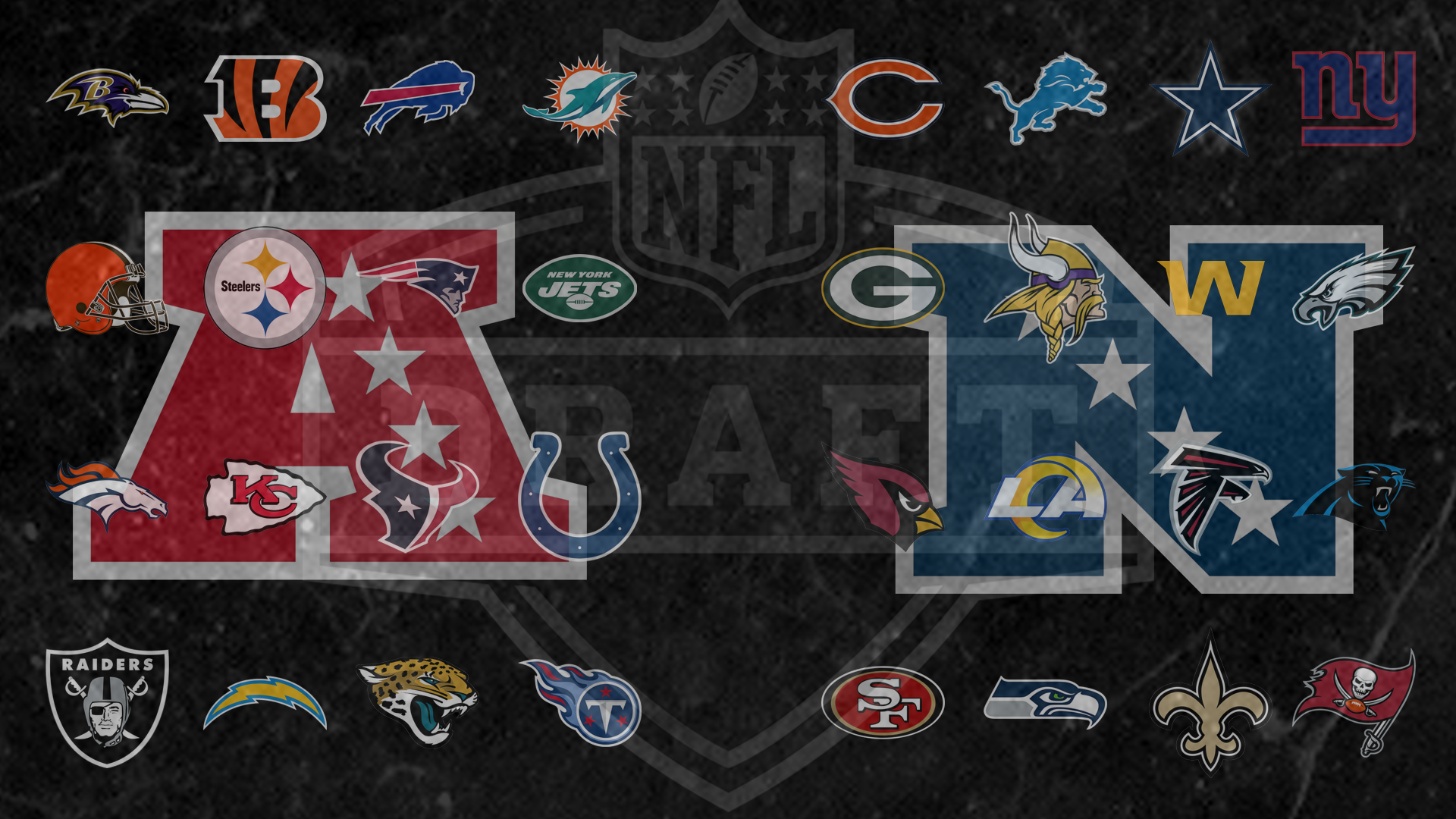 The NFL Draft took place this past weekend, officially kicking off the 2021 NFL season. And it started just how everyone expected.

Clemson Tigers gunslinger Trevor Lawrence went first overall to the Jacksonville Jaguars and surprised… absolutely nobody. It was a guarantee from the beginning, so we move on.

The second overall pick also went as expected, with the New York Jets deciding on Zach Wilson, the Brigham Young signal caller. #1 and #2 done and over with.

But the rest of the draft didn’t go according to plan. I could almost feel the heat radiating off of Mel Kiper and Daniel Jeremiah’s mock drafts as they lit them on fire.

So let’s dive into the fun.

The San Francisco 49ers traded up prior to the draft, notifying the world that they would be selecting a quarterback in this years draft. But the question still remained, which one would they take?

They would end up selecting North Dakota State’s, Trey Lance. However, as reported by Adam Schefter the 49ers coaching staff had no idea who the pick was going to be until it was announced at the podium.

In the end Kyle Shanahan got his guy. Shanahan made Matt Ryan look a heck of a lot better than he was in the 2016 MVP season. If that’s any indication of Shanahan’s ability to coach a quarterback, Lance is certain to have a bright future in the NFL.

Sewell or Chase, That is the Question

On a broken play, Cincinnati Bengals rookie quarterback Joe Burrow tore his ACL this past season. With the fifth overall pick, Cincinnati was sure to be selecting an offensive linemen, right?

The talent of Chase is undeniable and his connection with Burrow is evident. Please reference the 2019 national championship.

With Oregon’s Penei Sewell still available, they absolutely needed to find protection for Burrow. Your starting quarterback just tore his ACL, and you draft a receiver? I guess this is why I’m not a GM. It’s also why Cincinnati has only collected 12 wins in their last three seasons. I’ll leave it at that.

I could go off for the rest of this article on how happy I am that the Lions landed the aforementioned Sewell, but that might highlight my biases. It was a great pick, I leapt out of my seat. That’s all I’ll say about my dismal Detroit Lions… for now.

The Dallas Cowboys were on the clock at 10 and their draft plan was completely out the window. Both of their target cornerbacks, Jaycee Horn and Patrick Surtain II were drafted back-to-back at picks eight and nine respectively.

Jerry Jones stayed calm, traded back, made a division rival look silly and still managed to get an absolute baller for the Dallas defence. The Cowboys traded back to 12 letting the Philadelphia Eagles come up to 10, while also collecting Philadelphia’s 82nd pick.

At 12, the Cowboys landed Micah Parsons, one of the best linebackers in this draft.&amp;nbsp;

The Eagles initially had the sixth overall pick before trading with the Miami Dolphins and moving back to 12. a move I have no quarrels with. Trading back is always a value play, especially when you have a top 10 pick.

However, they then traded back up to 10, an unnecessary move. The Chicago Bears traded up to draft a quarterback with the New York Giants, who signed Kenny Golladay this offseason. Even if the Giants held firm, there was no urgency to get in front of New York to take Smith. It was one of the moves from the weekend that had me scratching my head.

Chicago Gets Their Future Signal Caller

Chicago’s quarterback room before the draft consisted of Nick Foles, and Andy Dalton. Sufficed to say, the Bears needed to at least consider a quarterback.

All it took was a swap of picks and an additional fifth round selection for the Giants to feel comfortable moving down.

The Bears took the Ohio State signal caller in hopes of rejuvenating what was an abysmal offense last season. I can only imagine Allen Robinson is currently somewhere in orbit over the moon right now.

And Then There Was One

Five quarterbacks went in the first round in this past weekend’s draft, an NFL record.

After the departure of Tom Brady and the failed Cam Newton experiment, it was time for the New England Patriots to finally look at taking a quarterback in the first round of the draft. They had even considered trading up to get one on multiple occasions leading up the Thursday night.

Instead, Bill Belichick held firm at 15 and got a near perfect fit quarterback for the New England Patriots system.

I received some messages over the weekend from those who were less than thrilled about the newly acquired signal caller.

So let’s break this down, like really break it down.

Mac Jones is coming from the baby Patriots and the most pro ready system in all of college football. The culture and expectations are not going to shock Jones because he has been entrenched in it for years with the Crimson Tide.

Conclusion: THIS IS A PERFECT FIT FOR THE NEW ENGLAND PATRIOTS.

I’m done talking about Mac Jones and fielding angry texts. I will greet you all at the end of the 2021 season with one giant, I told you so.

The (Defensively) Rich Get Richer

Onto Indy, and I don’t mean for the combine.

The Indianapolis Colts already had a scary defense, a very scary defense. A team that really didn’t have any needs. Draft freedom such as this tends to cause front offices and talent evaluators to overthink the selection.

Thankfully for Colts fans, they absolutely did not overthink this one. Michigan’s Kwity Paye, one of the best pass rushers in all of college football was available at pick 21 and so that is who they took.

One of the best defenses in the national football league took one of the best edge prospects in the NCAA. Call that draft grade an A+ and please pray for Trevor Lawrence who now has to face the colts twice a year for the foreseeable future.

The last team I want to mention is the Pittsburgh Steelers, why? Because I honestly have no idea what the hell they were thinking.

The pick was Alabama running back, Najee Harris. Make no mistake Harris was one of the best athletes in college football this past season. His talent is undeniable, and his tape is incredible.

The Steelers have so many other areas of need that they should have addressed. While I understand the feelings on James Conner signed with the Arizona Cardinals, it wasn’t the biggest need.

Now, please raise your hand if your secondary is atrocious and your offensive line is disintegrating, looking at you again Pittsburgh.

The Steelers have so many areas of need that I don’t feel Najee Harris was the play for them here, however it was nearly a lock that they were going to take Harris, so I guess on this one I’m just yelling into the void.

Nonetheless, I still do not agree with the move for a running back this early in the draft. Weighing the needs of the steelers verse the positional value and career longevity of a running back, for me, a Gregory Rousseau, Odafe Oweh, or a Greg Newsome II would’ve been a much more valuable selection.

If you want to see how our team predicted the first round, head over to our mock draft and see what we got right, and where we were way off.